Burial At Sea – Everything You Need to Know 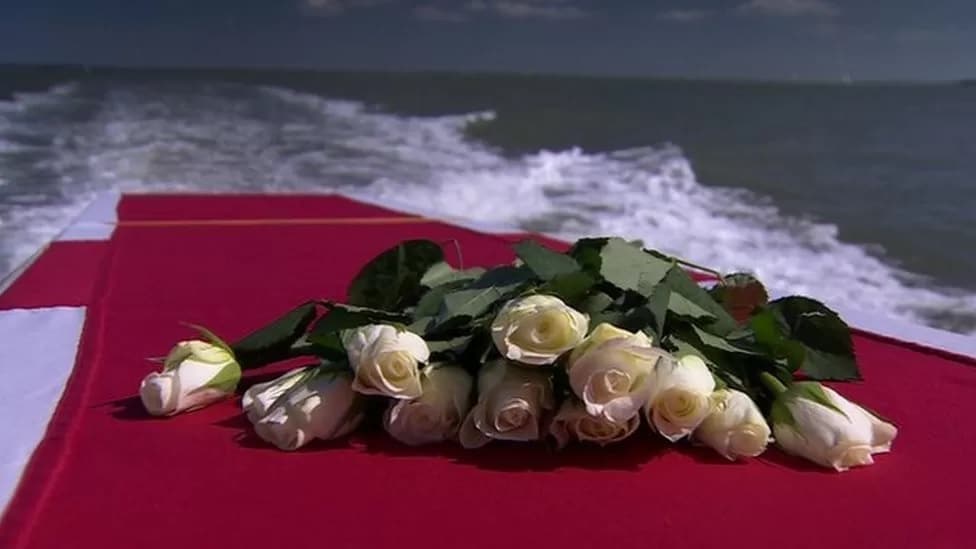 Burial at sea accounts for just a few dozen funerals each year. Still, with individuals increasingly seeking more personal ways to say farewell, this unique alternative may increase. So, how does sea burial work? To proceed, you must apply for a license and ensure that the papers, boat, and coffin match the required standards. Here’s all you need to know about burial at sea.

Burial at Sea: What Is It?

Burying someone at sea, often known as sea burial or full body burial at sea, has grown more prevalent in recent years. It has gained popularity among people concerned with ecologically sustainable burial and ocean lovers seeking an emotional send-off.

What Does a Sea Burial Mean?

A complete body burial at sea entails taking a boat out to the open sea and dumping a body into the water in a heavy burial shroud. Under U.S. law, a full-body burial at sea must occur at least 3 miles from the coast and at a depth of at least 600 feet. The boat that takes you off must have a permit, and several jurisdictions need the presence of a funeral director.

A burial at sea is often a full-day journey, due to the time required to achieve the legal distance and depth. This period is frequently used to celebrate life, with people exchanging food, beverages, and tales. It is conceivable, however, for a burial at sea to take place without the presence of friends and relatives.

Is Burial At Sea Legal in San Diego?

A burial permit is also required for the following:

How Does Burial At Sea Work?

A burial at sea occurs when a boat transports a coffin out to sea and places it in the water. Because a particular type of coffin is utilized to ensure it sinks, the sea bed becomes someone’s last resting place. The corpse will then decompose and become a part of the sea. Several standards govern how this is done to maintain maritime habitats and fishing grounds. Specific constraints on the coffin, such as its weight, ensure it does not wash ashore.

People might hold services at sea or beach before the boat departs.

Anyone can have a marine burial as long as they have a permit. People who have served in the navy, fishermen, and sailors prefer them, but they are becoming increasingly popular.

Burial at sea offers many sea burial price choices and a large fleet of boats to meet the demands of all our families, making sea burial an affordable alternative for everybody. The cost is determined by two factors: the location of the ash dispersal and the number of individuals attending.

Consider the influence of the weather and the hazards associated before deciding on burial at sea. On the day of the burial, the boat’s captain assesses if the weather is favorable. If it isn’t, you might not be permitted to join the crew on the ship and would have to say farewell to your loved one on the shore before the boat departs. The captain and crew will then follow your instructions for burial.

If the weather is really terrible, the burial may have to be postponed. Most businesses have contracts that require you to pay additional costs if anything like this occurs. These agreements cover any occurrences outside the company’s control. If the burial is delayed, you may have to pay an additional fee.