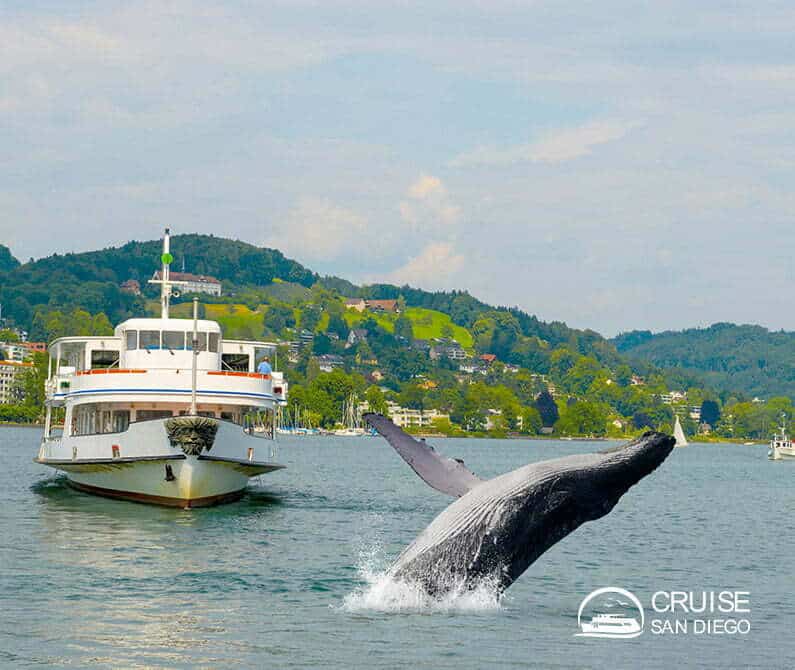 Whale watching began in 1950, when San Diego’s Cabrillo National Monument was declared the perfect area to observe Gray Whales. More than 10,000 people were drawn to the newly-established site and the business of whale watching San Diego quickly grew throughout the West Coast. However, it was not before the year 1971 that the first commercial cruise for whale-watching was launched. Subsequently, the Zoology Society of Montreal started to offer excursions along the St. Lawrence River where you could find plenty of Fin and Beluga Whales.

The whale watching industry has developed quite a following in the past decade that offer locals and tourists alike an exclusive, conscious experience with the world’s largest known animal. Erich Hoyt, one of the most prominent whale conservationists around the planet, led a global study of whales as well as their interactions. The survey was conducted in 2008 and Hoyt found that more than 13 million people had gone whale watching, compared to 9 million during the 10 years prior to this time. These numbers speak to the astonishing beauty of these magnificent creatures, their captivating beauty, and our human desire to be close and in awe of whales.

According to the American Cetacean Society, the Blue Whales are a part of the family of animals called Balaenopteridae that includes the fin whale, the Humpback whale, the sei whale, Bryde’s Whale, as well as the minke whale. The variety in the Blue Whale means that you surely get to observe a bunch of beautiful creatures, however, you may also notice differences in the behavior & nature of whales as well as the activity on the surface, and human-animal curiosity.

During your excursion, you will be amazed by the incredible whales. You will also get the chance to perhaps witness these five species of whales along the coast.

Pacific Gray Whale – From December to April, these massive creatures participate in a 10-mile migration across Alaska to Mexico to deliver their calves. The Pacific Gray Whale is visible just a half mile away from the bay!

Great Blue Whale – The largest species to ever be found in the world, the Great Blue Whale ranges between 90 to more than 100 feet in length and weighs up to 200 tonnes! You can observe their movement from May to November.

Mighty Fin Whale – It is second in weight and size to the Great Blue Whale and is one of the most agile of the whales of the sea a.k.a Fin or Finback Whale. The Mighty Fin Whale is often referred to as the “greyhound from the sea” because of their speed the Mighty Fin Whale can speed at speeds up to 23 miles per hour!

Minke Whale – Typically found around five to 9 miles off the coast, the Minke Whale feeds on the local California banks. They usually have a black, gray or purple color and are easily differentiated from other whales through the white band that is visible on each flipper.

Humpback Whale – Named for the big hump they form when they arch their backs in anticipation of diving deep into the sea, the Humpback Whale is famous for their extraordinary ability to balance and their lyrical powerful music.

In the early winter, there is an incredible whale viewing experience and the celebration continues until April, when over 18,000 gray whales are expected to travel a distance of 10,000 miles or more through Alaska to the waters of Baja Mexico. In the more arid waters of Baja the thousands of females of gray whales are expected to give birth. After a few months, the newborn whales will become robust and the migration of the springtime whales to return to Alaska begins. This is a cycle of migration which has endured for maybe several millennia. The round-trip between Alaska to Baja can be the longest known distance that mammals can travel on a regular basis.

Before the start of the 20th century, gray whales were found in abundance in almost every ocean. They were, however, hunted to the point of extinction by whalers. Internationally, the community has initiated measures to ensure the protection of gray whales. Today, there would be up to 20,000 gray whales around the world. This alone is enough to make San Diego whale watching an unforgettable and memorable experience.

California has an extensive coastline which is located directly in the moving direction of the gentle giants. San Diego is the perfect location for those who love nature and those who love whale watching to be a part of the magnificent migration of the gray whale. In accordance with the American Cetacean Society, the world’s oldest whale conserving organization, the gray whale generally grow up to 52 feet in lengths, and as high as 36 tonnes in weight. They can live as long as 60 years.

Slim and long Gray whales’ upper body may be a variety of blue-grey on top and a lighter shade beneath. This California Gray Whale, however large they appear to the naked eye, is actually really an average size whale. They derive their name from the slate gray color of their bodies, as well as due to the gray-white patterns created by parasites. It is believed that the California Gray Whale is classified as a baleen whale due to the fact that it sifts its food by consuming large amounts of seawater. Whale watching is definitely an enjoyable local activity in the winter time.

Blue Whales are in abundance along the shores of San Diego. At times the surreal giants may be observed near shore however typically, they’re deep in the waters off in the Coronado Islands or the Nine Mile Bank. Blue Whales can be 70 to 100 feet long and weigh more than 100 tonnes (which implies that the tongue of a Blue Whale could weigh as high as 2.7 tons!) They also have a distinctive blue color. They are also extremely swift swimmers, and can swim up to 30 knots if they want to.

San Diego whale watching season is back. Every year, thousands of California Gray Whales journey from their feeding areas in the nutrient-rich Arctic waters to calving areas located in Baja, Mexico. San Diego Whale Watching Tours are enjoyable and something that draws many tourists.

WHAT TO BRING ON WHALE WATCHING TOURS

If you’re planning to go on a San Diego whale-watching boat tour make sure you dress warm. The water is sure to be cold. It is possible to remove your clothing when it is too hot. Make sure you have sunblock and a wide-brimmed cap too. Reflections of sunlight off the water can cause burns. The San Diego whale-watching adventure may be long, so be sure to bring a packed lunch and take an extra water bottle. Binoculars are great for observing moving whales off the coast however, may hamper your vision while you’re on the water. If the ocean is rough the binoculars you use could cause headaches.

The whale watching industry has increased awareness of wildlife. Locals and tourists who participate in whale watching frequently come to observe marine life from a different perspective as they are exposed to the ecosystems which human activities directly impact. In line with this similar awareness for wildlife protection are the well-established regulations for whale watchers’ boat owners and marina rules that help to safeguard the natural swimming patterns and behaviors of Blue Whales but still allow people to view the tremendous creatures.

Cruise San Diego observes and appreciates the whale-watching rules, as well as takes pride in providing visitors to the San Diego area with adventurous yet dutiful interactions with nature. So, what are you wasting your time for? Make your booking for a whale-watching adventure through Cruise San Diego today and experience these stunning creatures for yourself.